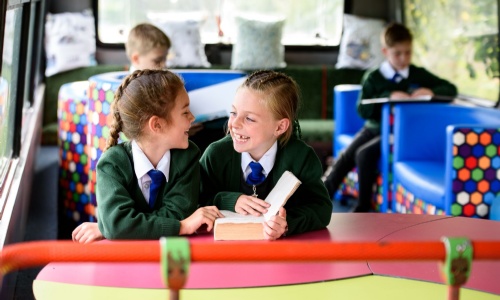 When does the consultation run from and to?

This consultation will run from Monday 22nd November 2021 until Sunday 9th January 2022. If you wish to submit your views, you must do so during this period.

Who is involved in the consultation?

We intend to consult with the following groups:

Why are we consulting?

How do we propose to manage applications?

The admissions criteria proposed by Eastern Multi Academy Trust covers all of its academies. There are no proposed changes to the Published Admissions Number for any EMAT academy. The Published Admissions Number (PAN) is the number for every normal point of entry year group, for Infant and Primary schools this is Reception, Junior schools Year 3 and for High Schools Year 7. Eastgate has two intakes to accommodate children transferring from a local Infant School at Y3.

The PAN for each academy is outlined in the table below.

Will Eastern Multi Academy Trust academies use selection or banding?

Eastern Multi Academy Trust does not propose using selection or banding as part of its admissions arrangements. If the number of pupils requesting a place at an academy does not exceed the PAN then all pupils will be admitted to that school.

In the event that an academy receives more applications than the number of places it has available, we propose that places will be given to those children who meet any of the criteria set out below, in order until all places are filled. We have clarified that where a parent is applying for a place based on the fact that they are an employee this criterion can only be applied for the school in which the parent works.

All children whose education, health and care (EHC) plans name the school will be admitted before any other places are allocated.

Please note: this criterion can only be applied for admission to the school in which the parent works

There are no material or significant changes to the admissions arrangements proposed and we do not envisage any detrimental impact to other local schools or trusts. The amendment proposed is the clarification around the admission of children of staff. This point only applies to children of staff at the school in which the parent(s) works and cannot be applied to other schools within the trust. The parent must meet at least one of the criteria outlined.

Eastern Multi Academy Trust is seeking your views on the proposed admissions arrangements outlined in this document.

In line with the Admissions Code, Eastern Multi Academy Trust invites your comments regarding the attached admissions arrangements and proposed clarification amendment to Point 2 of the oversubscription criteria. The proposed arrangements will come into effect from 1st September 2023.

This consultation will be open for a period of 6 weeks between Monday 22nd November and Sunday 9th January 2021. Please email any comments to Mrs. Rebecca Schrooder (Trust Operations Manager) at rebecca.schrooder@eastern-mat.co.uk for consideration or in writing to: